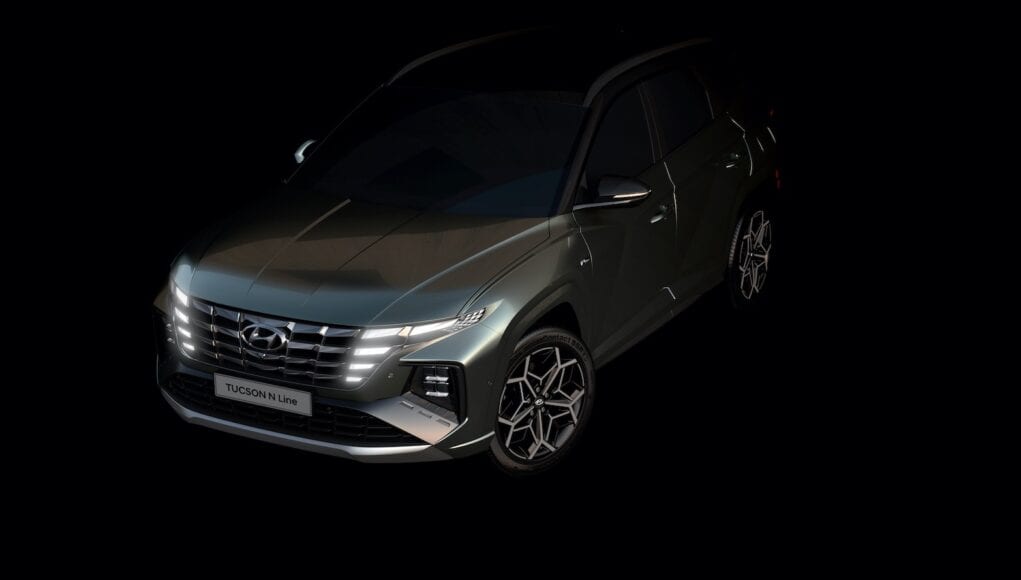 Hyundai has announced that it will introduce an N Line version of the 2022 Tucson next spring. Today Hyundai released the first teasers of the Tucson N Line, which will arrive with more power under the hood and an even more aggressive exterior.

On the outside we can see that the Tucson N Line will get larger wheels and a sportier front fascia. The interior will also be upgraded, but we don’t have any photos of that yet.