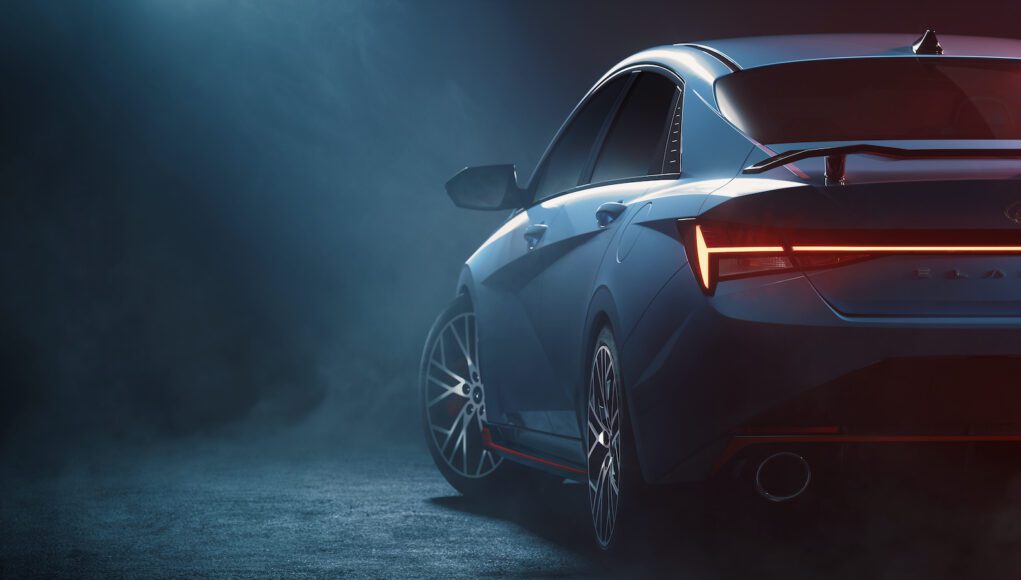 Hyundai has released two photos of the 2022 Elantra N. Up until now we’ve only seen camouflaged prototypes of the high-performance Elantra, but now we are getting our first glimpse at the production version.

These teasers reveal a large spoiler at the rear and if you look lower you’ll also see a different bumper with a large dual single exhaust system.

Hyundai has not announced the specs for the Elantra N, but it’s expected to get the same 2.0-liter turbocharged four-cylinder engine as the Veloster N. That means that the Elantra N should have around 275 horsepower.

Hyundai says that it will reveal the 2022 Elantra N in the coming weeks.