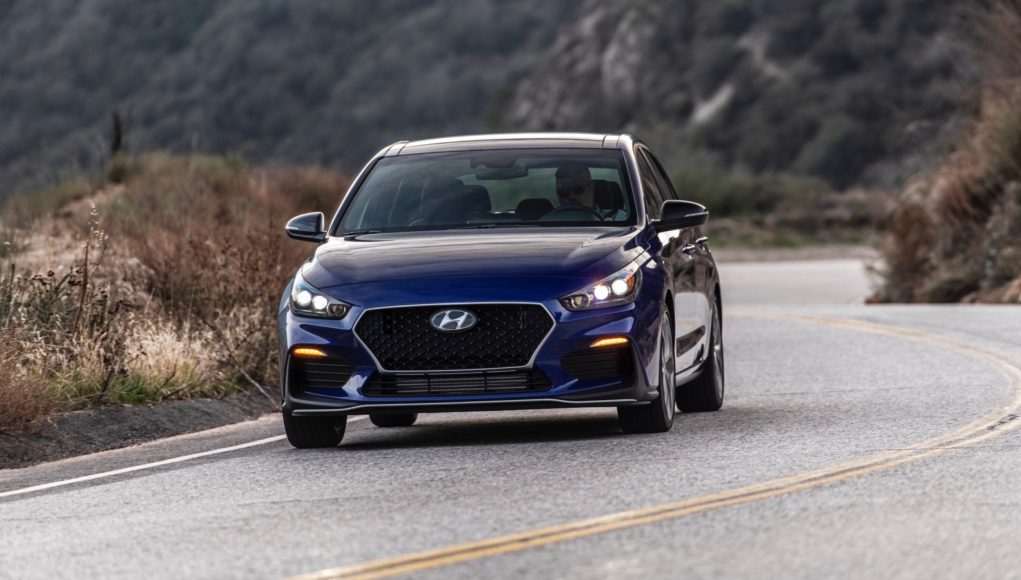 Hyundai has unveiled the updates to the 2019 Elantra GT, which sees the introduction of the new N Line model that replaces the former Elantra GT Sport. The Elantra GT N Line is also the first of several sporty N Line models that Hyundai is planning to introduce.

Hyundai’s new N Line models are positioned between its standard models and the more hardcore N models, like the Veloster N. The N Line models aren’t as powerful as the top N models, but there are several performance and styling upgrades to add a bit more sport.

In the case of the Elantra GT N Line, it borrows some styling cues from Europe’s i30 N, like a lower front spoiler and a unique version of Hyundai’s Cascading Grille. It also rides on unique 18-inch wheels and at the rear there are a few small changes to give it a sportier look.

Inside the 2019 Elantra GT N Line comes standard with sporty leather seats and there are several N badges throughout the interior.

To give it a sportier feel on the road, the Elantra GT N Line has received several chassis improvements over the previous Elantra GT Sport. For example the engine mount and transmission mount stiffness has been increased and the front and rear springs are also now stiffer. The shocks have also been retuned and the steering has been recalibrated.

Under the hood the 2019 Elantra GT N Line is powered by a turbocharged 2.0L four-cylinder with 201 horsepower and 195 lb-ft. of torque. The four-cylinder can be mated to either a six-speed manual or seven-speed dual-clutch transmission.