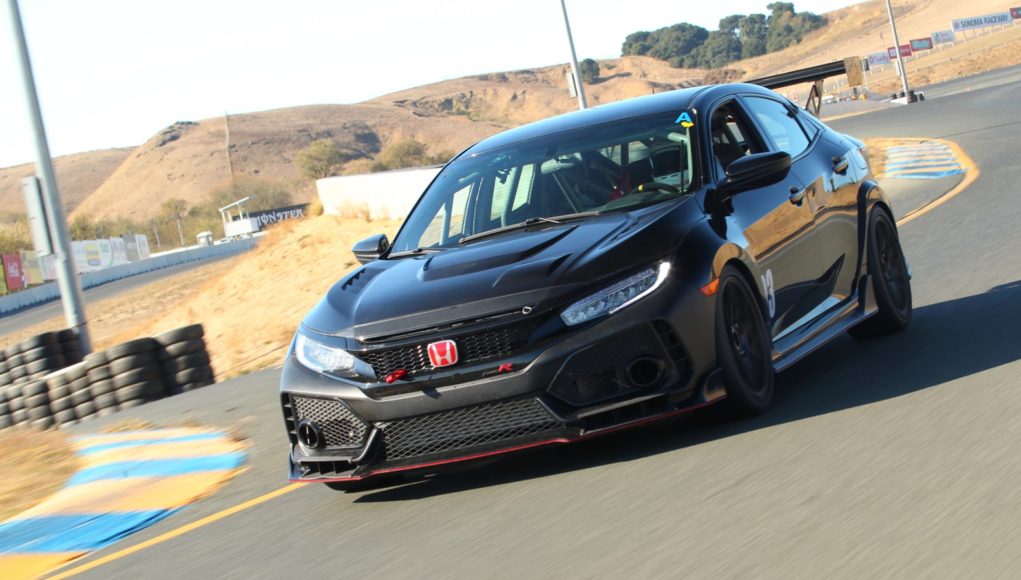 The Civic Type R TC is based on the Civic Type R, but it has been modified by the Honda Performance Development (HPD) team of engineers . Some of the big upgrades include a new front grille, a J’s Racing FRP vented hood, CSF-designed radiator and oil cooler, an HPD/Borla downpipe and turbo back exhaust, a stonger 6-speed manual transmission, an HPD/Cusco limited slip differential, HPD Girodisc 2-piece front brake rotors and HPD brake inlet ducts and an HPD/Pyrotect bolt-in FIA 16-gallon fuel cell.

Inside the Type R TC also gets a welded multi-point racing cage and an OMP racing seat with 6-point harness.

Under the hood the 2.0-liter turbocharged four-cylinder is the same as the Civic Type R, but it has updated tuning to give it between 270 and 330 horsepower depending on which series the buyer will compete in.