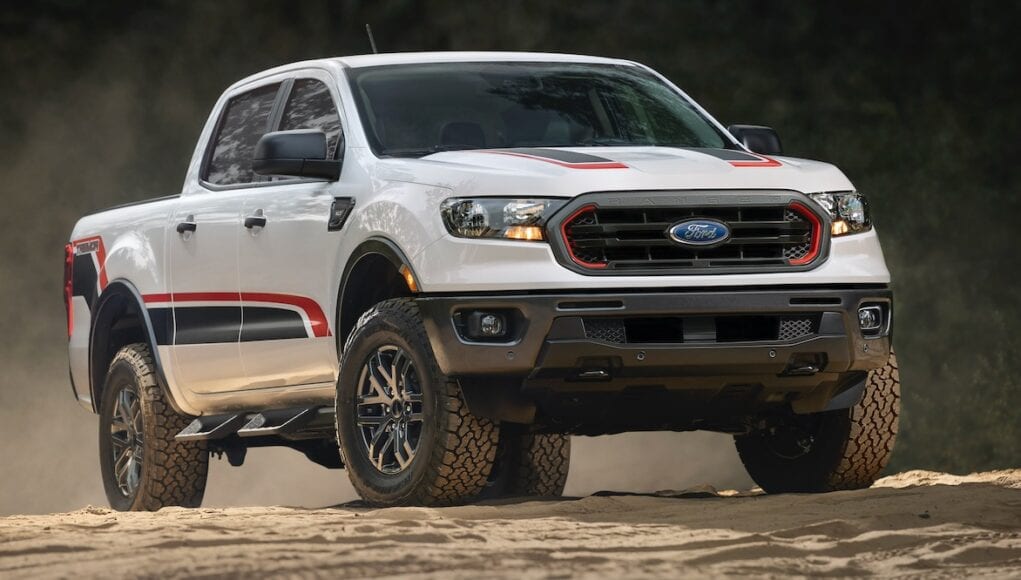 While we’re still sad that Ford hasn’t brought the Ranger Raptor to the United States, Ford has just unveiled the 2021 Ford Ranger Tremor, which is a more off-road ready version. The Ranger Tremor is even more capable than the FX4 Off-Road Package, which means that it’s “the most off-road-capable factory-built Ranger ever offered in the U.S.”

The Ranger Tremor also has a six-switch auxiliary power bank mounted to the dash with rated loads of 25 amps, 15 amps and 10 amps, plus three switches at 5 amps to control accessories like winches, lights and air compressors.

Under the hood the Ranger Tremor is powered by the 2.3-liter EcoBoost engine with 270 horsepower and 310 pound-feet of torque that’s mated to a 10-speed automatic transmission. It also comes standard with 4×4 and an electronic locking rear differential.