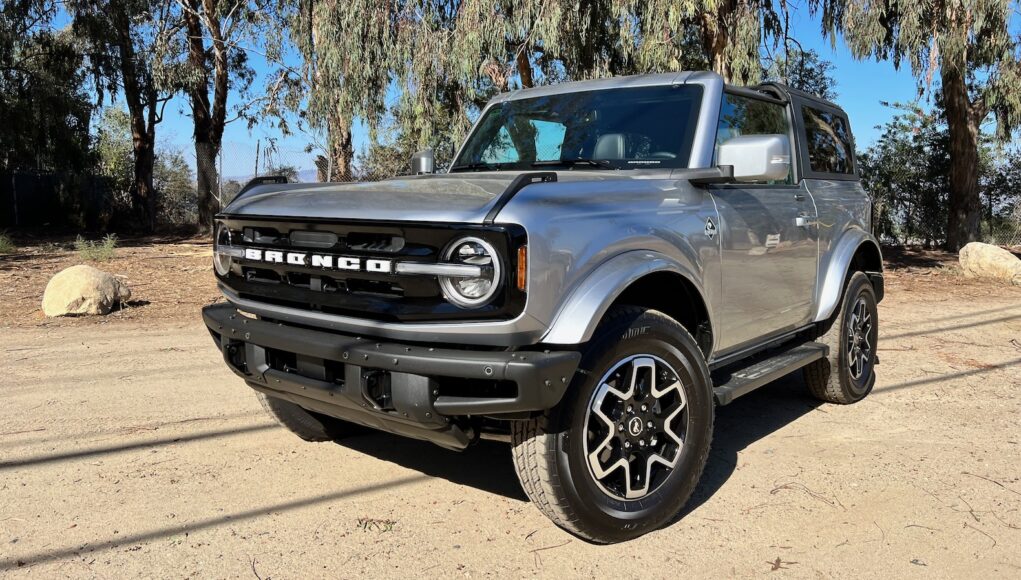 The new Ford Bronco is easily one of the most exciting new models to be introduced in the last few years. The retro styling easily appeals to diehard Bronco fans, while its rugged underpinnings make it the perfect rival to the Jeep Wrangler.

The 2021 Ford Bronco is available as either a two- or four-door and there are several trim levels to choose from, like Big Bend, Black Diamond and Outer Banks. Under the hood there’s a choice of two engines, until the Bronco Raptor arrives. The standard engine is a 2.3-liter turbocharged four-cylinder with 300 horsepower and 325 pound-feet of torque. The upgraded engine is a 2.7-liter twin-turbocharged V6 with 330 horsepower and 415 pound-feet of torque.

The four-cylinder is available with a seven-speed manual transmission, while a 10-speed automatic is optional. The V6 is only available with the automatic. The 4×4 system is a modern system, which allows you to toggle between the two- and four-wheel drive modes on the go. There are up to eight GOAT (Goes Over Any Terrain) driving modes, depending on which trim level you choose. The different driving modes are there for just about any type of terrain you come across.

On the road the Bronco feels more comfortable than the Wrangler, but there is a lot of road noise at higher speeds.

Inside the Bronco is packed with tech features. It’s infotainment system is the latest generation of Ford’s Sync 4 system and a huge 12-inch center display is optional. We do wish the infotainment system looked a bit more modern and the half analog and half digital gauge cluster would feel more modern if it was fully digital. Wireless Apple CarPlay and Android Auto is standard, in addition to Amazon Alexa integration.

When you’re ready for an adventure, the Bronco’s doors are easier to take off than the Wrangler and the top is also easy to remove. You can also store all four-doors in the four-door model, if you don’t have anything else in the cargo area.

At the end of the day the 2021 Ford Bronco takes everything that buyers love about the Wrangler and ups the ante with better on-road driving performance and neat tricks, like its removable doors that can be stowed in the back on the go.