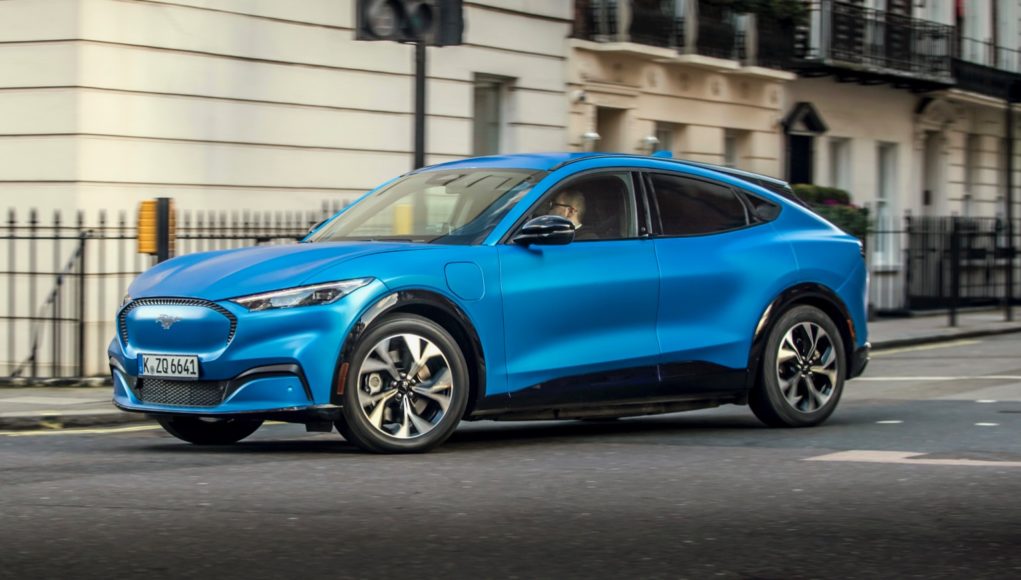 The Ford Mustang Mach-E electric crossover has debuted in Europe and although it looks pretty much identical to the US-spec version, Ford has revealed that the European version does have some differences.

Ford specifically tuned the Mustang Mach-E’s suspension, steering, electronic stability control and all-wheel drive settings for European roads and driving styles. The Ford Mustang Mach E also has a driving range up to 373 miles on Europe’s WLTP cycle. It can also be recharged using a 150 kW IONITY charging station that can add 57 miles of range in just 10 minutes.

In Europe, Ford has also announced plans to add 1,000 charging stations at Ford facilities across Europe during the next three years to make charging easier.