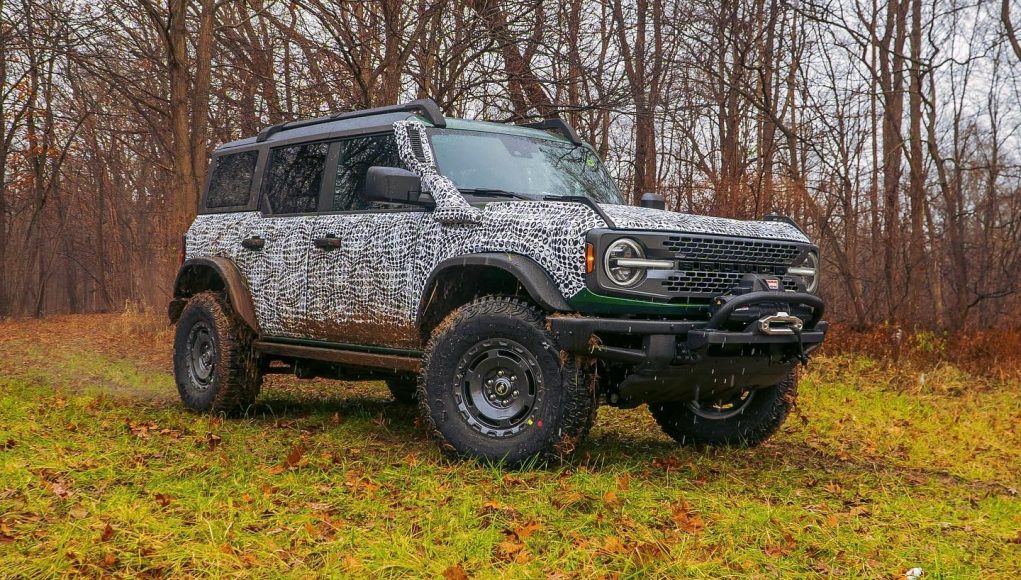 A few months ago Ford announced the early details about the Everglades package for the Bronco, which will be available to order in the summer of next year. Ford didn’t reveal any photos of the Bronco Everglades, but now we have our first teasers thanks to The Bronco Nation page on Facebook.

The teaser photos show a camouflaged prototype of the Everglades model with its big snorkel, wider wheel arches and off-road tires. We can also see a Warn Industries winch on the front bumper.

We still have to wait to get more details about what other upgrades the Bronco Everglades is getting. It’s expected that the Everglades model will be even more capable when you encounter water on the trails.

Next year will be exciting for the Bronco, since Ford has also confirmed that a Bronco Raptor is coming.