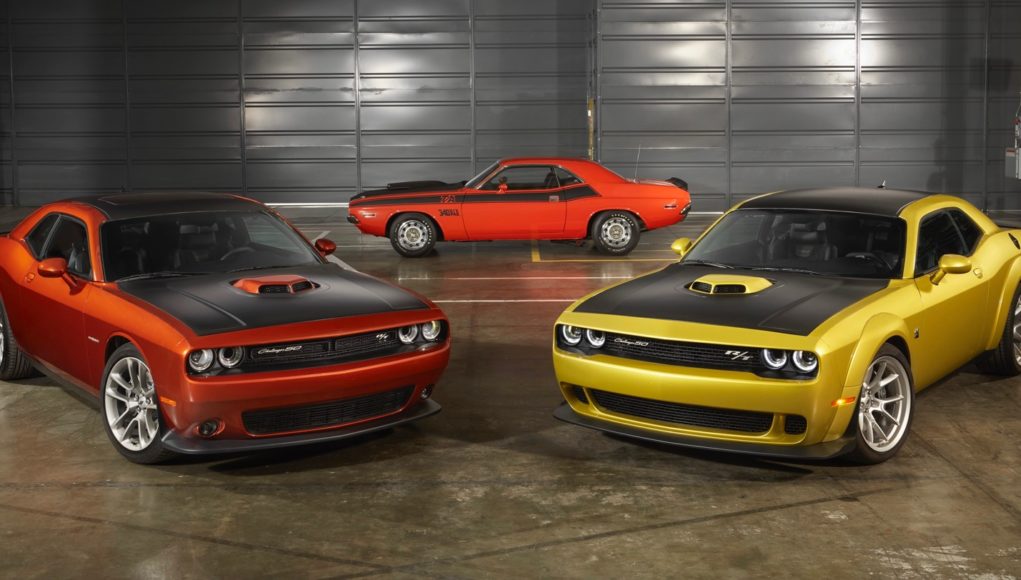 Inside there are heated and ventilated Nappa leather and Alcantara suede performance seats with embroidered “50” logo seat backs, carbon fiber console bezels and Berber floor mats with an embroidered “50” logo. The 50th Anniversary Edition features a startup animation on the screen that showcases the 1970 Challenger and unique white-faced gauges with yellow accents.