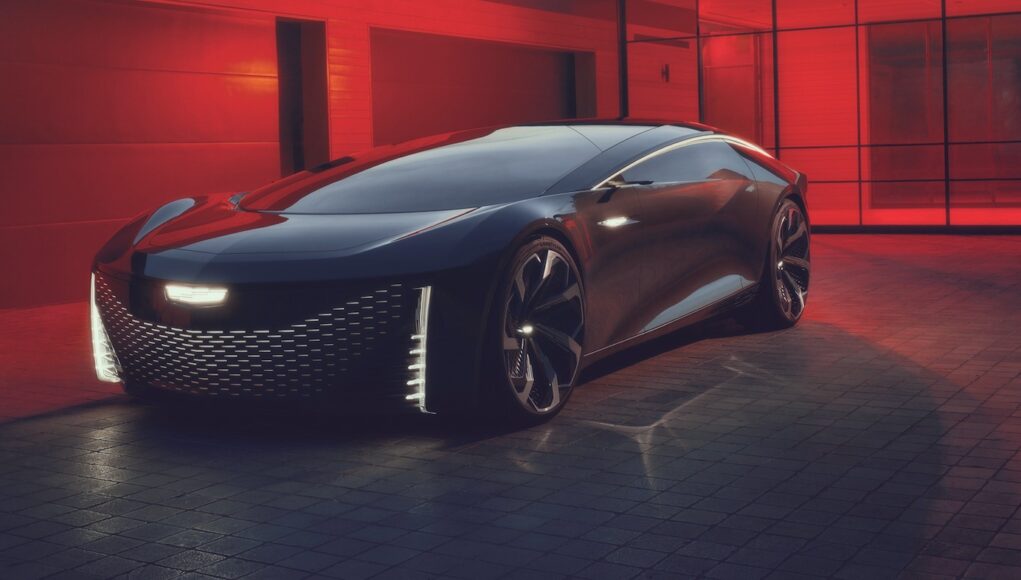 Cadillac has unveiled its latest concept, the InnerSpace autonomous concept at CES 2022. The stylish concept is a two-passenger autonomous vehicle that basically reimagines a large luxury coupe.

According to Cadillac, “InnerSpace grows the Cadillac Halo Concept Portfolio of vehicles envisioned to not only move passengers in a luxurious environment but enhance their well-being.” The InnerSpace concept is the third Halo concept, following the first two concepts that debuted last year at CES.

The InnerSpace features a sleek exterior with its long glass roof. Since there isn’t an engine at the front the cab has been pushed forward to maximize the interior space. The low passenger position was made possible by a new wireless battery management system that GM is working on. The new system allows the batteries to be placed apart from each other in different areas of the car, instead of just in the floor.

Inside the interior looks as comfortable as a living room with its seats that swivel outward and ottomans to rest your legs. At the front there’s also a large LED screen that spans the entire width of the concept. You’ll also notice that there isn’t a steering wheel, since the InnerSpace is a fully autonomous car.