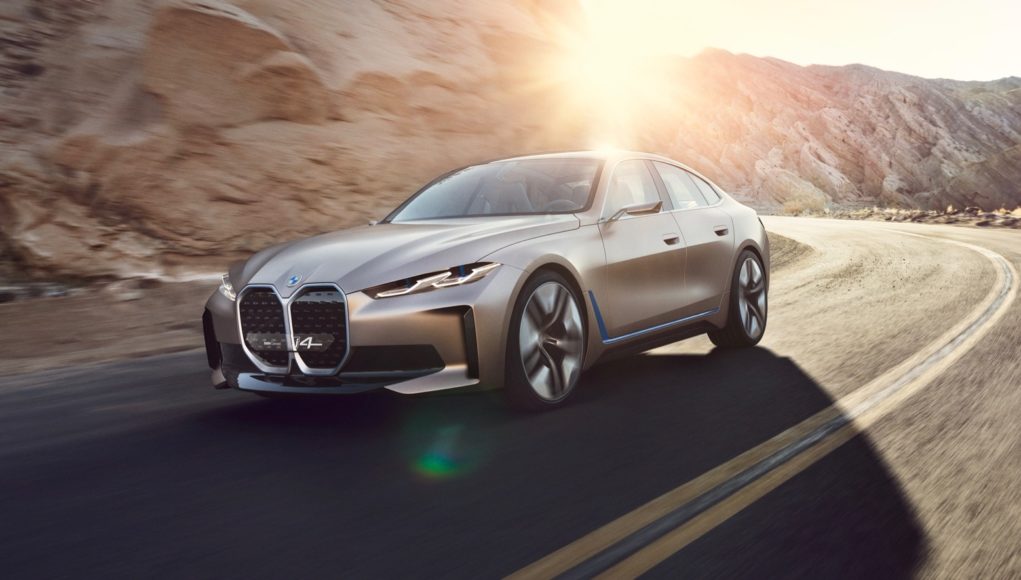 BMW is readying to its Tesla Model 3 rival, the BMW i4, which is going to enter production in 2021. Today BMW is giving us a preview of the i4 electric car with the debut of the Concept i4.

The BMW i4 is essentially a fully-electric version of the next-generation 4-Series Gran Coupe. The first thing you might ask yourself, is why is there still a large grille, if the i4 doesn’t have an engine that needs air? Well since the grille isn’t needed to feed air to the engine, it will instead be used as an “intelligence panel” to house various sensors.

We can expect the i4 to look nearly identical to the Concept i4, since from the looks of it the concept looks pretty production-ready, although some design elements won’t make it to production.

Under the hood the i4 will be powered by a single electric motor that generates 523 horsepower and it has an estimated EPA driving range up to 270 miles.