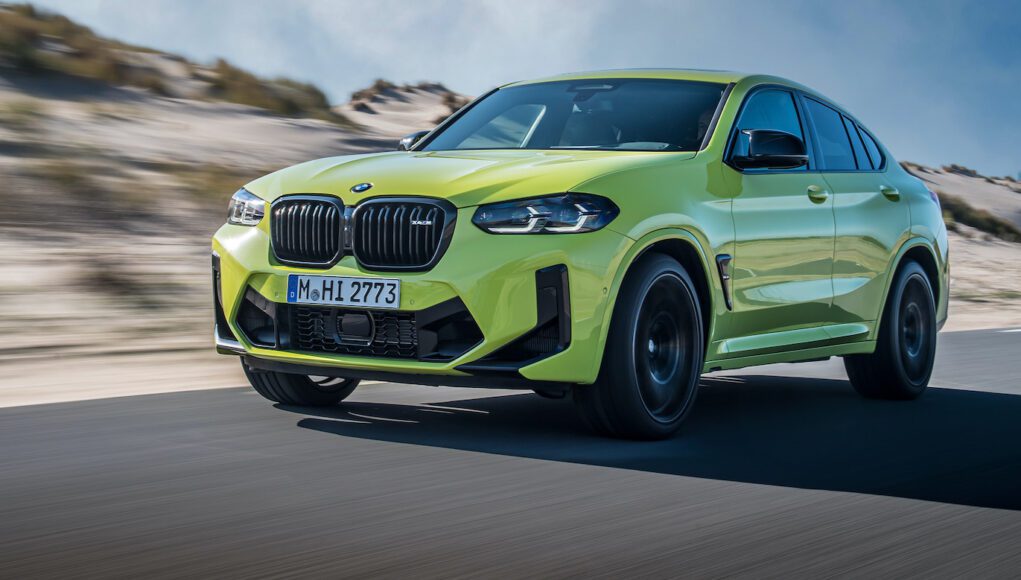 BMW is giving the X3 M and X4 M a facelift for the 2022 model year, which also includes a bit more power and better tech features.

The 2022 X3 M and X4 M are powered by an updated 3.0-liter twin-turbocharged inline-6 that has 473 horsepower and 457 pound-feet of torque in the standard version and 503 hp and 429 lb-ft in the Competition models. The horsepower specs are identical to last year’s versions, but the torque ratings have increased 13 lb-ft and 37 lb-ft.

On the styling front, the X3 M and X4 M get updated front fascias with larger grilles and vertical air intakes. The LED headlights and taillights have also been redesigned. Buyers can also choose new colors, like Bay Blue and Sao Paulo Yellow.

Inside the seats have been redesigned and the climate controls have been taken from the M3 and M4. In front of the driver there’s a 12.3-inch digital gauge cluster and theres also a 12.3-inch touchscreen with the iDrive 7 system.