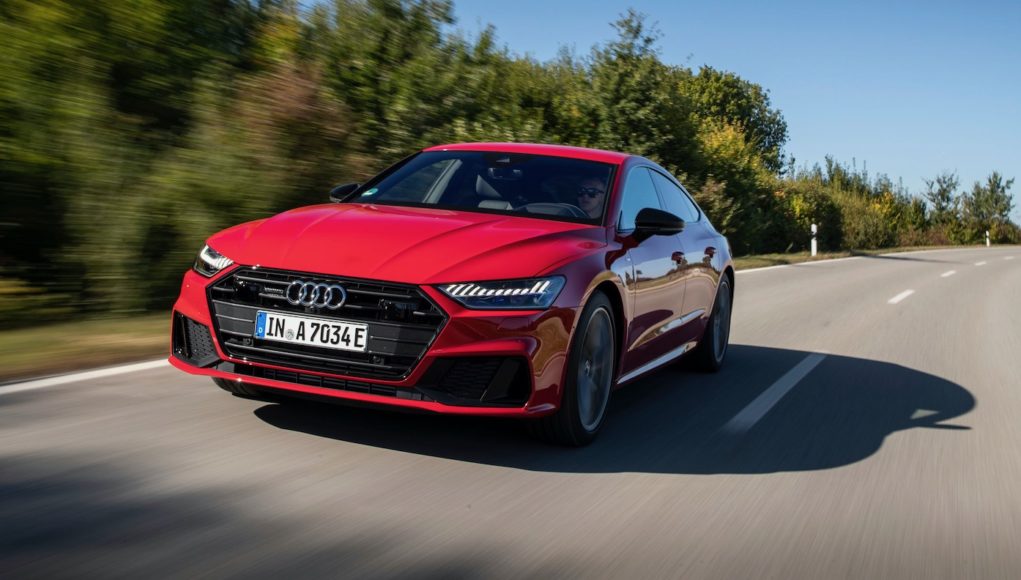 Audi has announced the pricing for the 2021 Audi A7 plug-in hybrid, which starts at $75,895, including the destination fees. That means that the pricing for the A7 55 TFSI e starts $5,700 more than the base A7, but look closer and the price difference isn’t actually that much more.

The A7 plug-in hybrid is only offered in the Premium Plus and Prestige trim levels, which means that it only has an increase of $550 and $1,900 respectively. That price difference also doesn’t take into account the available federal and state tax incentives. Audi estimates that the 2021 Audi A7 55 TFSI e will be eligible for a federal tax credit up to $6,712.

The A7 plug-in hybrid is powered by a 2.0-liter turbocharged four-cylinder engine and an electric motor that’s sandwiched in between the engine and the seven-speed dual-clutch transmission. The powertrain generates a combined 362 horsepower and 369 pound-feet of torque, which means that it has an extra 27 horsepower over the standard A7, but the torque spec is identical. The electric motor is also powered by a 14.1-kilowatt-hour battery pack.

It takes 5.7 seconds to reach 60 mph, but Audi has not announced how far the A7 plug-in hybrid can drive in electric mode.