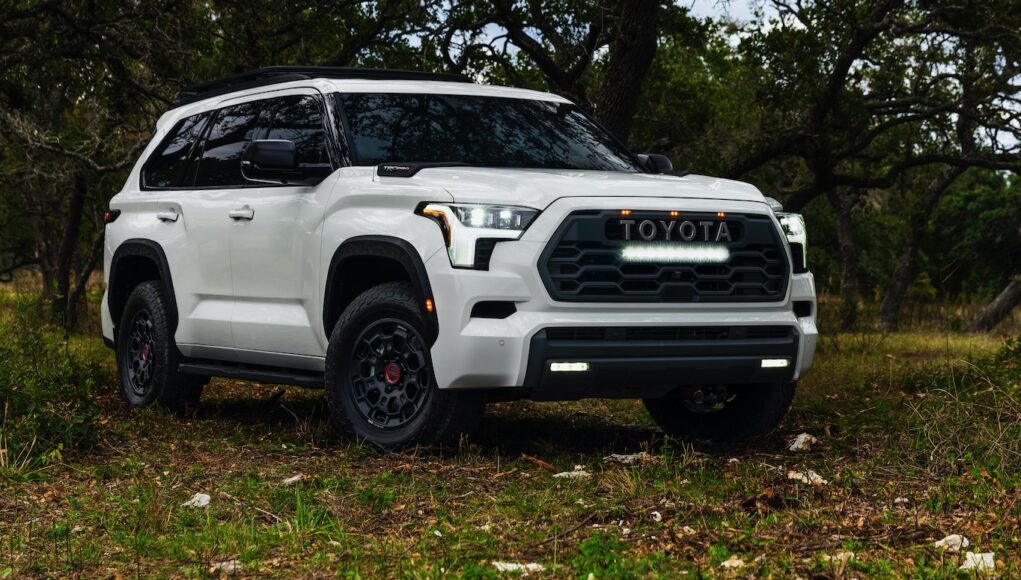 It’s been a long time since Toyota introduced a new Sequoia and now it’s finally here. Toyota has unveiled the 2023 Sequoia, which is all-new from the ground up. Just like before the Sequoia shares most of its DNA with the Tundra and that’s a good thing, considering how much the new Tundra has been improved.

On the outside the 2023 Sequoia now has a bolder design. From the front it’s clear to see the linkage between the Sequoia and Tundra, while the rear is now boxier than than its predecessor.

The big news is that the 2023 Sequoia is now a hybrid-only model, since there’s only one engine available, the twin-turbo 3.5-liter hybrid i-Force Max engine. It generates 437 horsepower and 585 pound-feet of torque and is mated to a 10-speed automatic transmission. Toyota has not announced the fuel economy estimates for the new Sequoia. Buyers can choose from 2WD or part-time 4WD on the SR5, Limited, Platinum and Capstone trim levels, while the TRD Pro only comes with 4WD.

To improve its driving performance, the Sequoia gets a new electric power steering system and an available air suspension and Adaptive Variable Suspension. The big three row SUV can also tow up to 9,000 pounds, which is an improvement of nearly 22 percent from its predecessor. Speaking of towing, there’s the available Tow Tech Package, with the Trailer Backup Guide that helps make it easier to backup with a trailer and Straight Path Assist, which provides steering control to keep the trailer straight when backing up.

The 2023 Toyota Sequoia will arrive this summer.