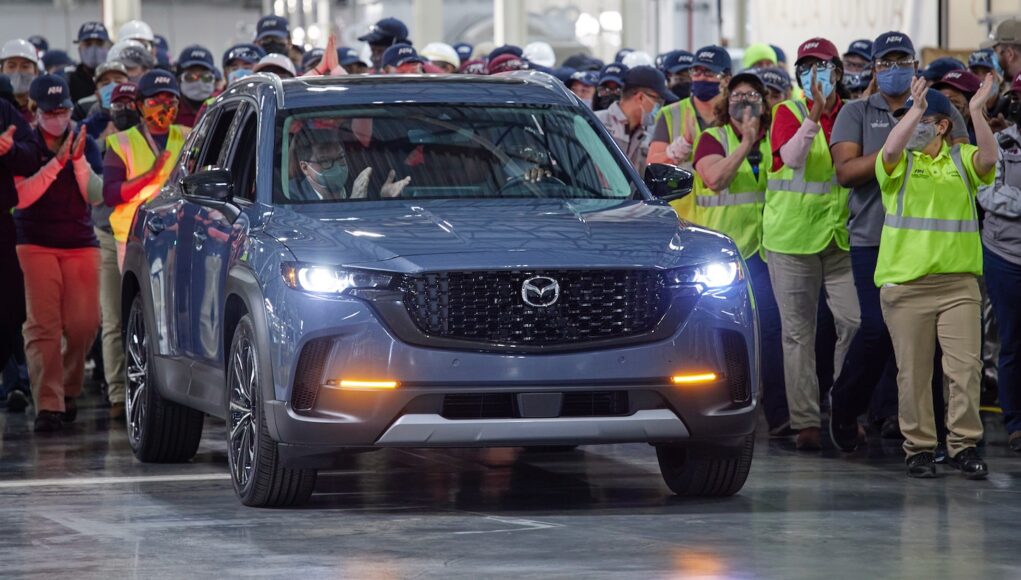 Mazda has announced that its newest SUV, the 2023 CX-50 has started rolling off the production line at Mazda’s new Huntsville, Alabama plant. The new plant is the result of a $2.3 billion partnership between Mazda and Toyota.

The plant started building vehicles in September 2021 and it will be able to produce 300,000 vehicles annually. This means that Mazda plans to build at least 150,000 CX-50 SUVs a year. Toyota is building the Corolla Cross at the same plant and also plans to build 150,000 units a year.

The CX-50 is just the first of some new SUVs that Mazda is planning, which includes the new CX-70 and the CX-90, which will replace the current CX-9. The CX-5 will also continue in its lineup. Mazda hasn’t announced the pricing for the CX-50, but it will arrive this spring.