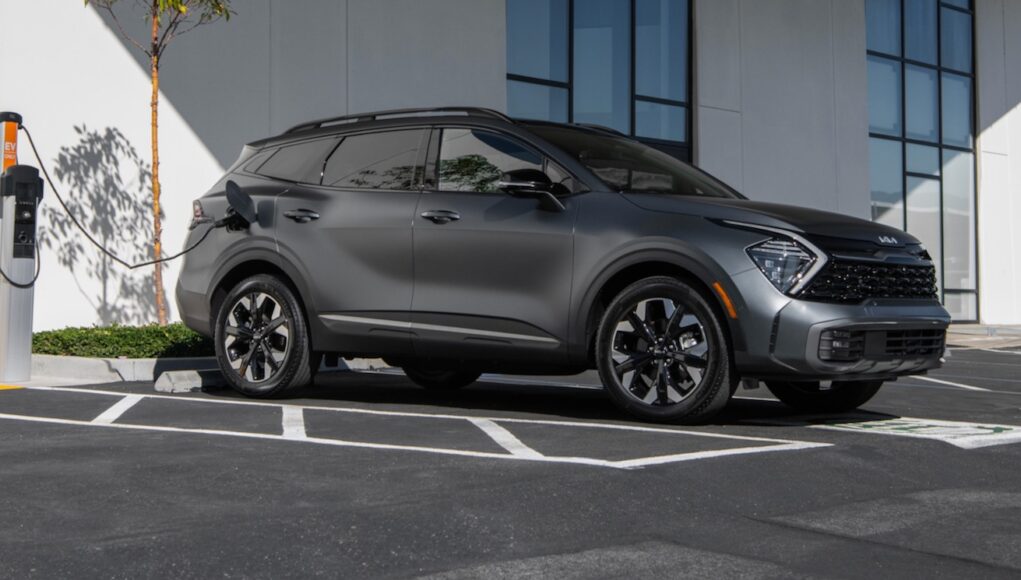 The 2023 Kia Sportage lineup is expanding further with the addition of a new plug-in hybrid version. The Sportage PHEV is powered by a turbocharged 1.6-liter four-cylinder with 177 horsepower and a 66.9-kW electric motor and a 13.8 kWh lithium polymer battery.

Kia hasn’t released the full specs for the powertrain, but it probably has the same specs as the Sorento PHEV with 261 hp and 258 pound-feet of torque. The hybrid powertrain is mated to a six-speed automatic transmission and all-wheel drive.

The Sportage PHEV has an estimated 32 miles of electric range and Kia says that it can be fully recharged in two hours on a Level 2 charger. It’s only available in X-Line trims (X-Line and X-Line Prestige). It will go on sale in third quarter of this year.