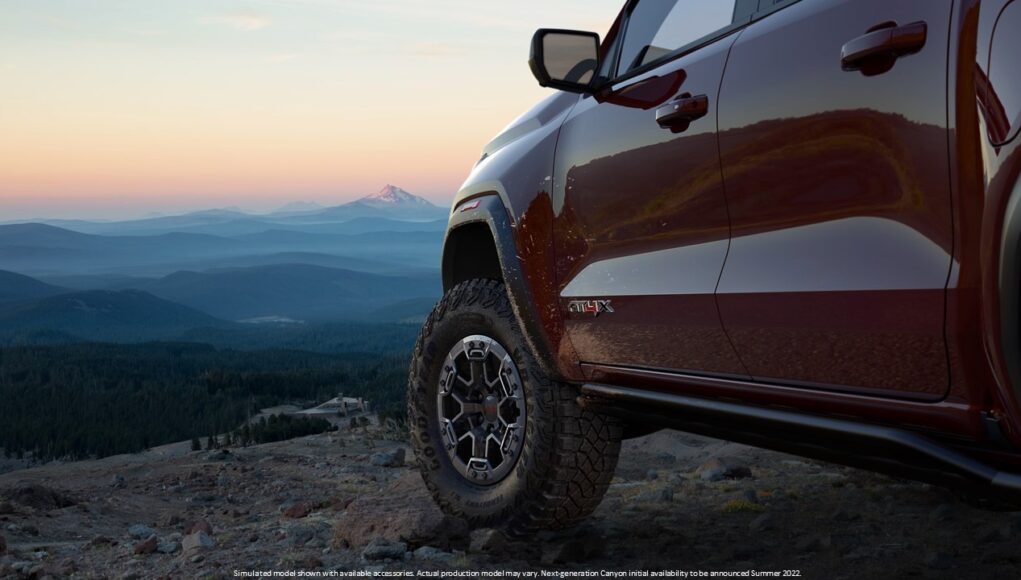 GMC is getting ready to introduce the next-generation GMC Canyon, which is slated to debut this summer. We still have a few months until its debut, but GMC has released the first teaser photo of the 2023 Canyon, which also confirms that it’s getting the off-road AT4X trim level.

In this teaser we can see the unique elements of the Canyon AT4X, which includes its badging, rocker protectors and 17-inch beadlock-capable wheels. It’s expected that suspension upgrades will also be part of the AT4X, but GMC has not released any other details.

Since the new GMC Canyon now has a reveal date, we should be getting info on the next-generation Chevy Colorado soon as well.