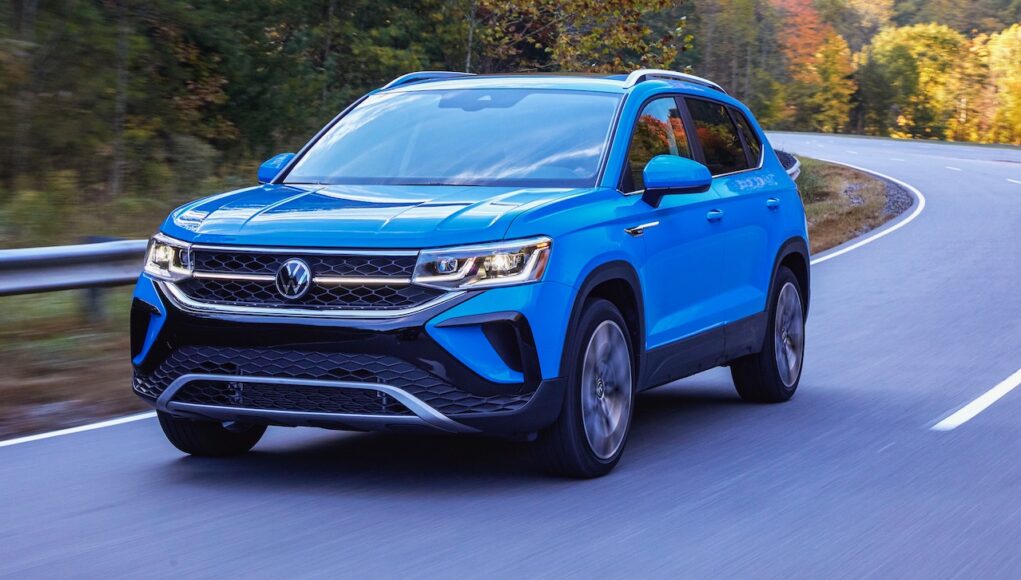 The 2022 Volkswagen Taos offers a winning combination of value, technology, and spaciousness that other small SUVs can’t match. The Taos is a five-seat crossover making its debut for the 2022 model year. It slots in below the plus-sized Tiguan but the two could be mistaken with VW’s conservative styling approach. The Taos offers a much more spacious interior than competitors such as the Ford Bronco Sport, Jeep Compass, Kia Seltos, and Mazda CX-30, among others. VW sells it in S, SE, and SEL trim levels with front-wheel drive standard and all-wheel drive optional on all grades.

The Taos won’t turn heads, but it has some appeal in that minimalist, Volkswagen way. The Taos doesn’t take many styling risks inside or out, keeping the minimalist style that Volkswagen is known for. Styling borrows heavily from other vehicles in Volkswagen’s lineup. Its overall shape is very reminiscent of the Tiguan and it keeps that vehicle’s flat aesthetic mostly intact. The easiest way to tell the Taos apart is the light bar that has been added to the “X” shaped grille (borrowed from the Atlas Sport Cross), but from the sides and rear there isn’t much going on.

Even with a new engine, acceleration feels muted. The Taos debuts a new turbocharged engine for Volkswagen, but it falls a little flat on acceleration. Ride quality is a highlight, especially for all-wheel-drive models that come with a more advanced suspension. Front-wheel drive comes standard, but all-wheel drive is available across the board.

Under the hood of every Taos is a 158-hp 1.5-liter turbo-4 that makes 184 lb-ft of torque. This is the first application of this engine, which will eventually proliferate around the rest of the smaller vehicles in Volkswagen’s lineup. FWD models feature an 8-speed automatic transmission, while the AWD comes with a 7-speed dual-clutch automatic.

FWD models have a bit more pep from a stop, though the AWD has more kick to it in second and third gears. Neither transmission shines on passing maneuvers and the engine seems to run out of breath at highway speeds. Both models do feature an “S” transmission mode that holds gears longer, but only the AWD models come with selectable drive modes.

AWD models carry one more advantage: a multi-link rear suspension replaces the rear torsion beam found in FWD models. There’s a decent amount of body roll in both vehicles as the Taos is definitely sprung with comfort in mind. But the AWD versions feel more composed on the road and more stable in turns. With FWD, the Taos seems to drag its rear wheels around somewhat limply, which hurts the vehicle’s dynamics. Steering, in true Volkswagen fashion, feels too light and overboosted by default but only AWD models offer the ability to add steering weight based on drive mode.

There is a wide gap in fuel economy between front- and all-wheel-drive models. The Taos offers decent fuel economy for this class, though there’s a sizable gap between FWD and AWD models. We give the Taos a 6 for fuel economy on the strength of the FWD’s EPA ratings of 28 mpg city, 36 highway, 31 combined. AWD models drop down to 25/32/28 mpg, due to differences in the transmission and the fact that it weighs 255 pounds more.

Crash tests are pending for the Taos. The all-new Taos has not yet been crash tested by the NHTSA. The IIHS reports it with some “Good” scores but an “Acceptable” in front-overlap testing. The base model is missing many safety features. Automatic emergency braking (AEB) is offered as part of the IQ.Drive S package that also adds active lane control, blind-spot monitors, automatic high beams, and, bizarrely, a heated leather-wrapped steering wheel and leather-trimmed shifter. That’s a lot of equipment for only $995, but it remains disconcerting that some of these features aren’t standard when many competitors offer them as such.

SE models add the AEB and blind-spot monitors standard, though it also offers a safety package of its own to add the other safety features mentioned above. It’s all standard on the SEL, along with rear parking sensors and an auto dimming rearview mirror.

The interior keeps things simple with a lot of black plastic trim and muted styling. The center stack is organized in an easy-to-use manner, with physical climate controls that we prefer to touch-sensitive buttons. The same indent houses the 6.5- or 8.0-inch multimedia screens, with the larger screen coming on SE models and above. For a small SUV, the spacious Taos has good room for passengers and cargo. The Taos offers compact SUV dimensions for a less than compact price, and its spacious back seat and cargo area.

The Taos’ wheelbase of 105.9-inches (FWD) or 105.6-inches (AWD) is only about 4 inches shorter than that of the Tiguan, though it’s 9.3 inches shorter overall. This keeps the interior size of the Taos closer to the jumbo-sized Tiguan and gives the Taos one of the segment’s few backseats that can fit a pair of adults comfortably. The 37.9 inches of backseat leg room feels expansive, but shoulder and hip room hold the Taos back from fitting three passengers. Rear leg room exceeds the subcompact Ford Bronco Sport (36.9) and even the compact Toyota RAV4 (37.8).

S models come with standard cloth seats and the SEL gets leather, but the SE debuts a new variety of synthetic leather for Volkswagen that is meant to feel like Alcantara. It has better breathability and less of that slick, artificial feeling than VW’s other synthetic surfaces. Backseat passengers also get a pair of air vents and a USB-C port for device charging.

The Taos is well-equipped apart from safety features on all three trim levels, giving it solid value. The S starts at $24,190 (including destination charges) and is well equipped, with an 8.0-inch digital cockpit display, LED headlights and taillights, a 6.5-inch touchscreen with Android Auto/Apple CarPlay, two USB-C charging ports, keyless start, and 17-inch alloy wheels. Adding AWD on the S is costly at $2,045, in part because it adds a cold weather package that includes heated front seats, heated side mirrors, and heated windshield washer nozzles.

Jump one step up to the SE for $28,440 to find the Taos that will offer the best value and technology. The screen gets upgraded to 8.0 inches and adds wireless Android Auto/Apple CarPlay, along with a wireless charging pad. Seating surfaces are covered in the new, more comfortable synthetic leather and 18-inch alloy wheels are added as well. AWD costs an extra $1,450 on the SE.

The SEL tops off the range at $32,685 for FWD or $34,240 with AWD. AWD SEL models also get larger 19-inch alloy wheels and cooled front seats, which are weirdly only available on AWD models. Also standard on the SEL is a Beats Audio system, 10.3-inch instrument display with much more customizability, leather upholstery, navigation, rear parking sensors, and an auto-dimming rearview mirror. A panoramic moonroof is optional for $1,200.

Volkswagen brings its A-game with its new small Taos SUV. Muscular styling, large interior room, and a long list of standard features are just the beginning. Adding in a German driving dynamics and a great warranty only sweeten the deal and make the 2022 Volkswagen Taos even better. 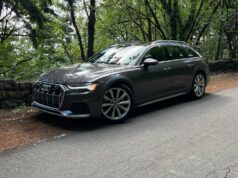