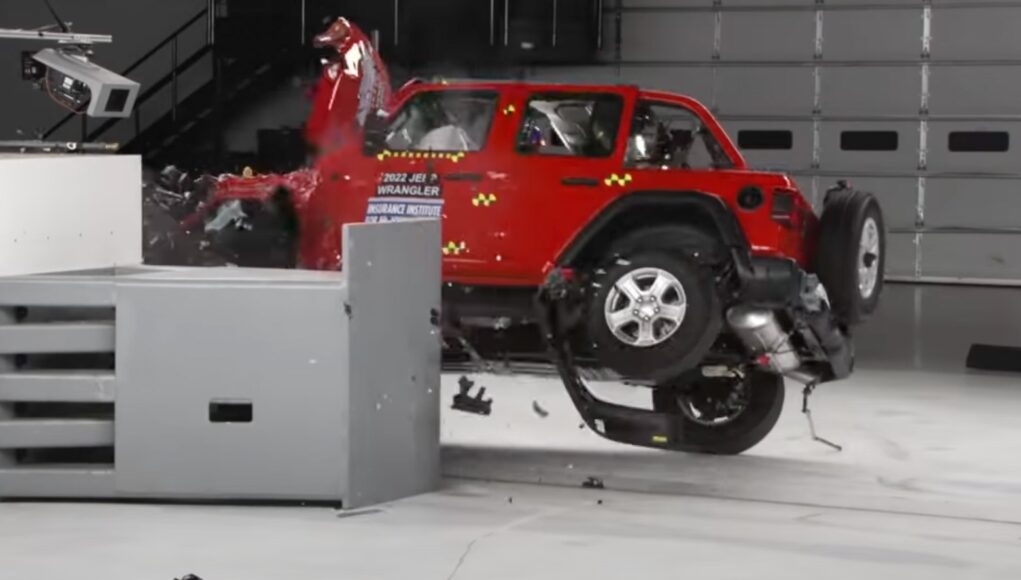 The Insurance Institute for Highway Safety (IIHS) puts most vehicles through a grueling set of crash tests to reveal how safe each vehicle is. The safest vehicles get the coveted “Top Safety Pick” and “Top Safety Pick+” ratings. Most of the time most vehicles perform pretty well in the tests, but we have one that has performed miserably – the 2022 Jeep Wrangler Unlimited.

The IIHS has released a video of the 2022 Jeep Wrangler Unlimited tipping over in the driver-side small overlap crash test. This isn’t the first time this has happened, since the 2019 Wrangler did the same thing. Jeep made modifications to the Wrangler, but clearly they didn’t work.

In the test the 2022 Wrangler tipped onto its passenger side after striking the barrier used in the crash test, resulting in a marginal rating for driver-side small overlap protection.

Not all is lost though, since the Wrangler performed well in other tests. The IIHS says that the safety cage surrounding the driver held its structure well. The restraints also effectively controlled the movement of the dummy, though the test indicated a significant risk of injury to the driver’s left leg and foot and the combination head and torso side airbag did not deploy. There are also the obvious injuries imposed by the Wrangler tipping over on its side, which we’re not reported, since there wasn’t a dummy on that side of the vehicle. 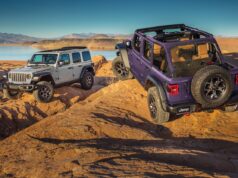