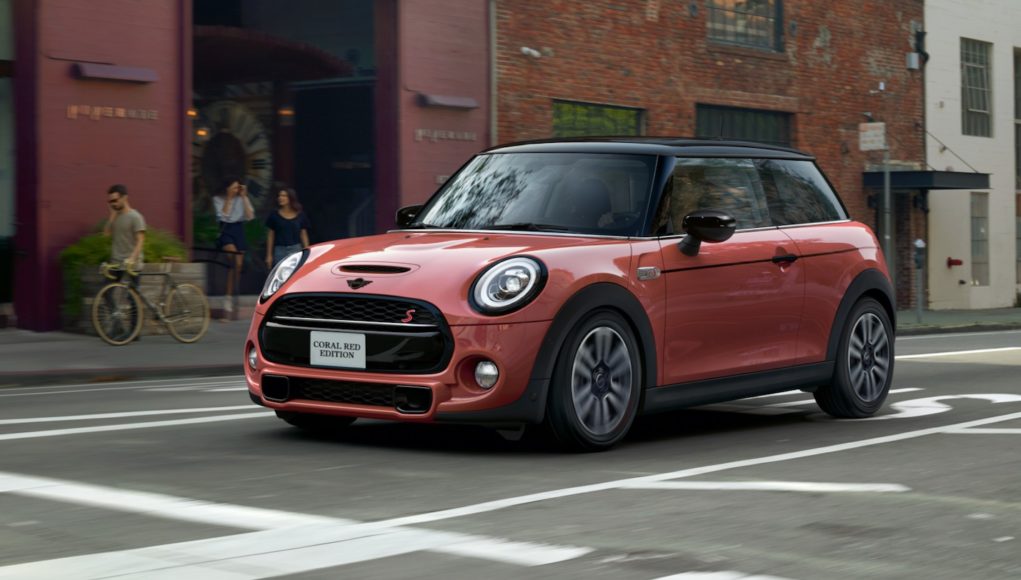 MINI has unveiled the 2021 MINI Coral Red Edition, which is a special edition version of the 2 door and 4 door hardtop models that’s inspired by the Mini 1100 Special that debuted in 1979.

Back in 1979, Mini released the special 20th Anniversary Edition called the Mini 1100 Special. It was offered in Metallic Rose or Metallic Silver paint and featured chrome Clubman-style bumpers, a black-centered grille and vinyl roof and wide shaded side stripes on lower body sides.

Inside there’s Piano Black trim and the seats are wrapped in Carbon Black Leatherette.