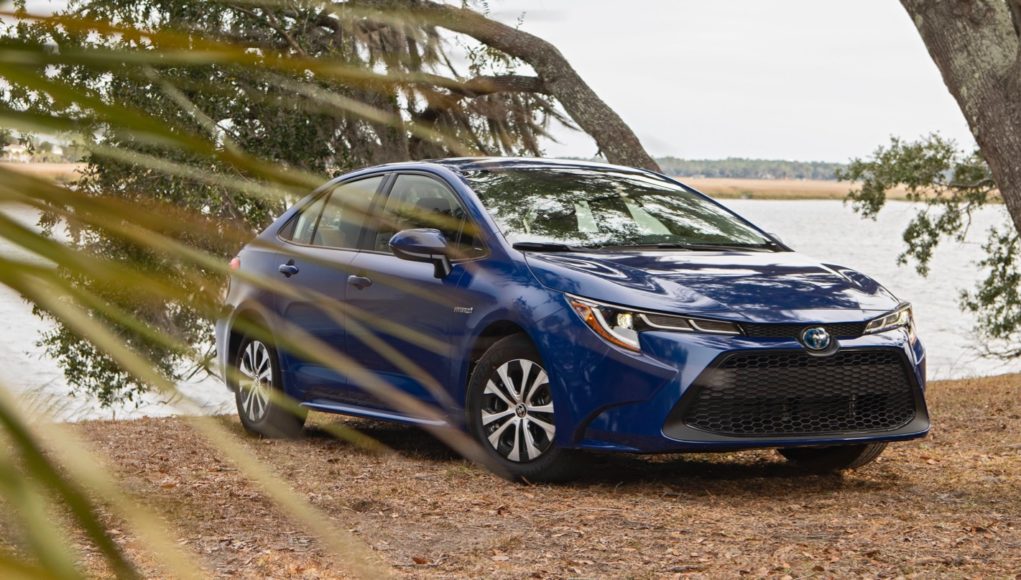 With all the focus lately on electric cars, some buyers might have forgotten all about conventional hybrids. For years the Prius has been the go-to hybrid, but are there any other options? For buyers that want a hybrid, but also want a normal looking car, there are some newer options, like the 2020 Toyota Corolla Hybrid. On the outside it looks just like the standard Corolla, but under the hood its hybrid powertrain gives it MPG specs that are close to the Prius.

The Corolla Hybrid has one main rival, the Honda Insight, which gets up to 55 mpg in the city and 49 mpg on the highway.

The Corolla Hybrid features an EV mode that provides all-electric driving, but only for really short distances at low speeds. You can also select between three driving modes: Normal, Eco and Power. The Power mode does improve the throttle response a bit, but it can’t do much given the fact that there’s still only 121 horses under the hood.

Most people won’t even be able to tell the difference between the standard Corolla and the Corolla Hybrid, since the only differentiators on the outside are the hybrid badges and unique 15-inch wheels. For now the Corolla Hybrid is only offered in one trim level, LE, which means that it looks a bit boring compared to the Insight, which is offered in more luxurious trim levels.

Inside the interior is pretty standard, but again can look a bit bargain basement. The Corolla Hybrid’s interior is covered in hard, boring plastic that makes it feel like a cheap rental car. If you want a more luxurious interior than the Corolla LE, you’ll want to look at the Insight.

Although the Corolla Hybrid’s interior may feel and look a bit cheap, it does come standard with some key tech features, like an 8-inch touchscreen with Apple CarPlay and Amazon Alexa connectivity and a Wi-Fi hotspot. There’s also a push button start and a 7-inch TFT display in the instrument cluster. It is missing some key features though that you can get in the Insight, like heated seats, powered front seats, or a navigation system.

With its 50+ MPG rating, the Corolla Hybrid offers a good option for buyers that want a simple compact hybrid, but don’t want a weird looking hybrid like the Prius. The Corolla Hybrid starts at $24,055, including the destination fees, which makes it cost about $3k more than the standard Corolla LE.