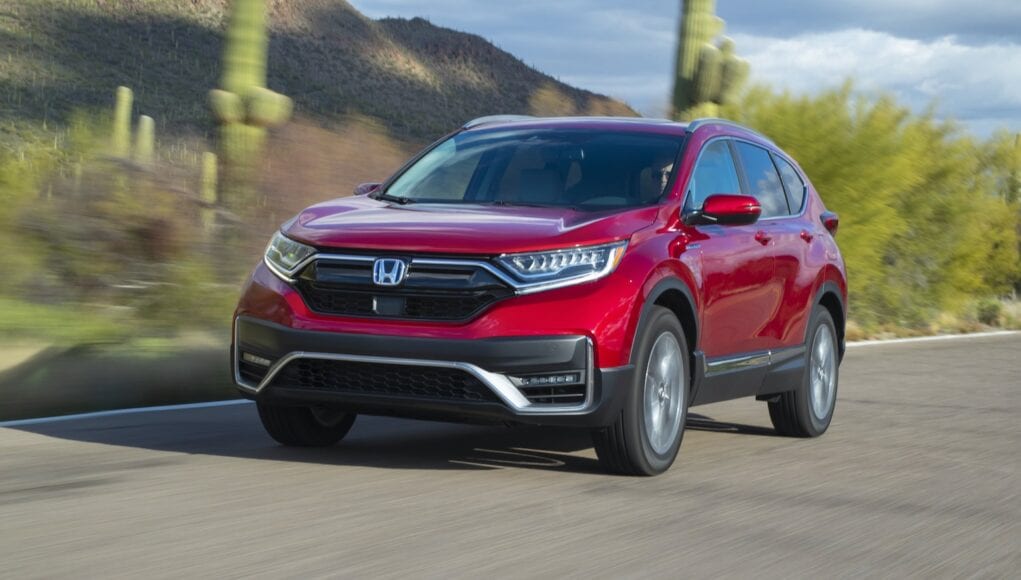 The Honda CR-V has been one of the most popular compact crossovers for years in the US, but while other automakers have released hybrid versions of their crossovers, Honda hasn’t until now. Honda has finally introduced a CR-V hybrid, which is aimed right at its longtime rival, the Toyota RAV4 hybrid. The CR-V hybrid is now the fourth hybrid model in Honda’s lineup, which includes the Accord, Insight and Clarity plug-in hybrid.

After spending a week with the 2020 Honda CR-V hybrid, we found the CR-V hybrid to be the best CR-V to buy, since it feels more refined, has good fuel economy all with an easy to swallow price tag.

The CR-V hybrid is powered by a Atkinson-cycle 2.0-liter four-cylinder engine with two motor-generators and a 1.4 kWh lithium-ion battery pack. The hybrid powertrain generates a combined 212 horsepower and 232 pound-feet of torque, which is the same as the Accord hybrid. This also means that the CR-V hybrid has more power than the standard CR-V with its 190 hp and 179 lb-ft. If you want to compare, the RAV4 hybrid has 219 hp and the Ford Escape hybrid has 209 hp.

There is an electric-only EV mode, but given the small battery size, the CR-V hybrid can only travel a mile or two in electric mode. To help send more energy back to the battery the regenerative braking system has four modes. We tried all four modes, but none of them will bring the CR-V to a complete stop like in some EVs.

Around town the hybrid powertrain is quiet and smooth, which makes the CR-V hybrid feel more refined than the non-hybrid CR-V. Then you add in the extra low-end torque that the electric motor provides and the CR-V feels more responsive. The powertrain has a nice punch from a stop thanks to the the electrified parts, which also helps it get from 0-60 mph slightly faster than the conventional CR-V.

The CR-V hybrid doesn’t look much different than the standard CR-V, with the exception of some hybrid badges. The entire 2020 CR-V lineup did get refreshed front and rear fascias and a new center console with extra storage. Inside the CR-V hybrid does have a unique gauge cluster and a pushbutton gear selector, which feels more modern than the regular CR-V’s shift lever.

There’s only one thing that we wish was updated, the infotainment system, since its graphics look dated, but you can easily bypass that by turning on Apple CarPlay or Android Auto. The Accord offers a much more better infotainment system, so it’s a disappointment that it’s not offered in the CR-V.