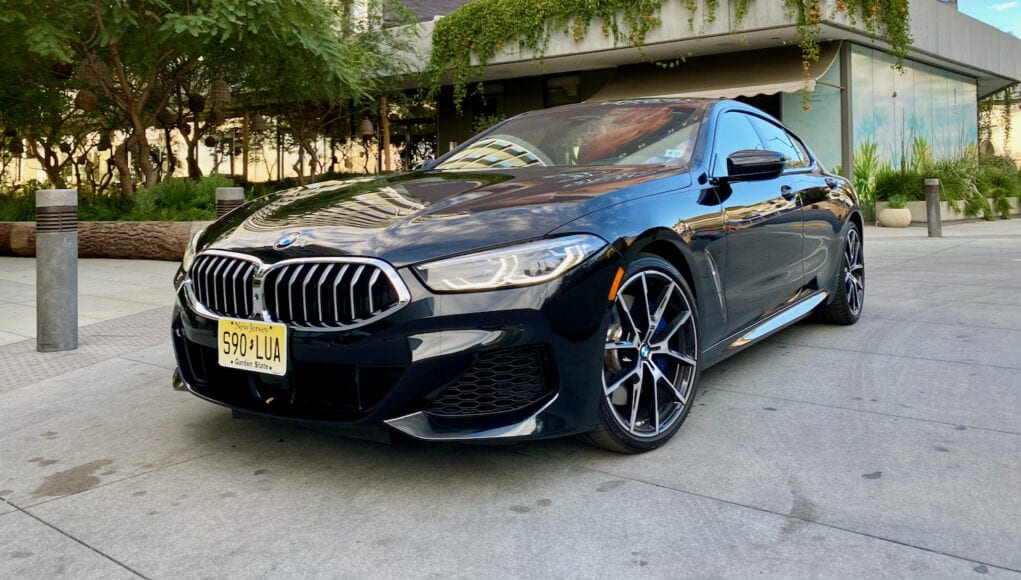 Do you like the new BMW 8 Series, but want the practicality of a four-door sedan? Well BMW has your answer, with the 2020 8 Series Gran Coupe, which combines all the style of the coupe and convertible versions, with the practicality of four doors. The 8 Series Gran Coupe not only makes it easier for passengers to get in the back, but once they are there, there’s more legroom.

As you’d expect, the Gran Coupe is quite larger than the coupe and convertible models, since it’s almost a foot longer. The 8 Series Gran Coupe is also three inches longer than the old 6 Series Gran Coupe, which it basically replaced in the lineup. Most of that extra length is between the wheels, since its wheelbase is 7.9 inches longer than the other 8 Series models. That longer wheelbase gives rear passengers a lot more space than you’ll get in the coupe or convertible.

Even with the bigger dimensions, the 8 Series Gran Coupe is nearly identical to the other models from the A-pillars forward.

Although it’s technically the cheapest version, the 840i definitely doesn’t feel like the base model. The inline-six cylinder has pep with power throughout its rev range. The sound from the exhaust is nice, although some of its artificial. We also enjoy the eight-speed automatic transmission, which always manages to be in the right gear. If you want to dial up the performance more, there are Sport and Sport Plus modes as well.

The 840i Gran Coupe is agile and light on its feet, even though its a bit heavy at over 4,000 pounds. We do wish the steering had a bit more feedback though, since it can be a bit numb. In everyday driving, the steering is fine, but when you want to push it, the steering is a let down since you really can’t feel much.

Inside the 8 Series Gran Coupe is nearly identical to the coupe and convertible in front. There’s a 12.3-inch digital gauge cluster in front of the driver and a 10.3-inch touchscreen infotainment system. The infotainment system is operated by a rotary knob on the center console, voice commands or gesture controls. A Bowers & Wilkins audio system is optional for buyers that love their music.

The good news is that the extra length provides more space for the rear passengers than the two-door models. Your friends in the back won’t complain like they will in the other models, although taller passengers may wish there was a bit more headroom. There’s technically three seat belts in the rear, but the middle passenger will have to straddle the center console, which could only really work for short trips.

The 2020 BMW 8 Series Gran Coupe is the perfect companion for buyers that want the sleek sexy styling of the 8 series coupe, but need the extra space that a four-door provides.