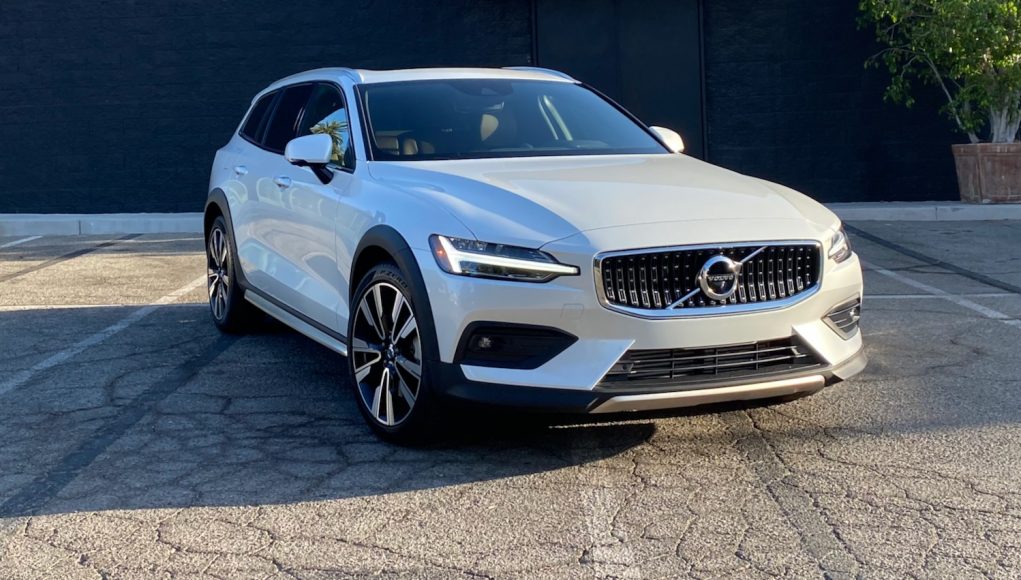 Wagons fell out of favor with buyers years ago, but luckily there are still a few on the market for buyers that aren’t sold on the idea of an SUV. Volvo has always been synonymous with wagons, which includes two really good ones, the V60 and V90. Even better, Volvo also offers the slightly lifted and more rugged Cross Country versions, which seek to bridge the gap between the standard versions and an SUV. The 2021 Volvo V60 Cross Country is one of our favorites as it seeks to combine the versatility of an SUV with the driving experience of a car.

The V60 Cross Country rides higher than the standard V60 wagon with a nice 8.2-inches of ground clearance. It also comes standard with all-wheel drive and parts of its body have been beefed up a bit to give it a slightly more rugged look. Even with the extra body moldings, the V60 Cross Country is a nice, classy looking wagon.

Under the hood there’s only one engine available, a turbocharged 2.0-liter four-cylinder with 250 horsepower and 258 pound-feet of torque, that’s mated to an eight-speed automatic transmission. The engine is very smooth, but not overly sporty, but the V60 Cross Country can accelerate to 60 mph in the mid-6 second range. Around town the engine spools up fast and provides plenty of oomph when needed. The V60 Cross Country’s steering is direct, but it could use a bit more feedback.

Inside the interior is a great place to be with its high quality materials, like Nappa leather and open-pore wood trim. There’s also a $2,800 Lounge Package that adds four-zone climate control, ventilated seats and stitching on the dashboard. To give it an airy feel, there’s also a standard panoramic sunroof. Overall the interior feels warm and welcoming, just like your living room. There’s 22.9 cubic feet of cargo space behind the second row.

There’s plenty of tech as well, with a 9-inch touchscreen that runs the Sensus Connect infotainment system and a 12.3-inch digital instrument cluster. The touchscreen works well, but it does look a bit small compared to some of the Volvo’s rivals. It’s even more noticeable when you’re using Apple CarPlay or Android Auto, due to the limitations of the portrait display.

As you would expect from any Volvo, the V60 Cross Country comes packed with safety and driver-assistance tech, like automatic emergency braking, lane-keeping assist and a blind-spot monitor. It also gets Pilot Assist, which is Volvo’s adaptive cruise control system with lane centering. The Advance Package also adds a head-up display and 360-degree camera. The adaptive cruise control system works well, but the lane centering system does move the steering wheel a bit too much.

At the end of the day, the world needs great alternatives to crossovers and SUVs and the Volvo V60 Cross Country is the perfect example. It’s nearly just as versatile as a crossover, but more engaging to drive.