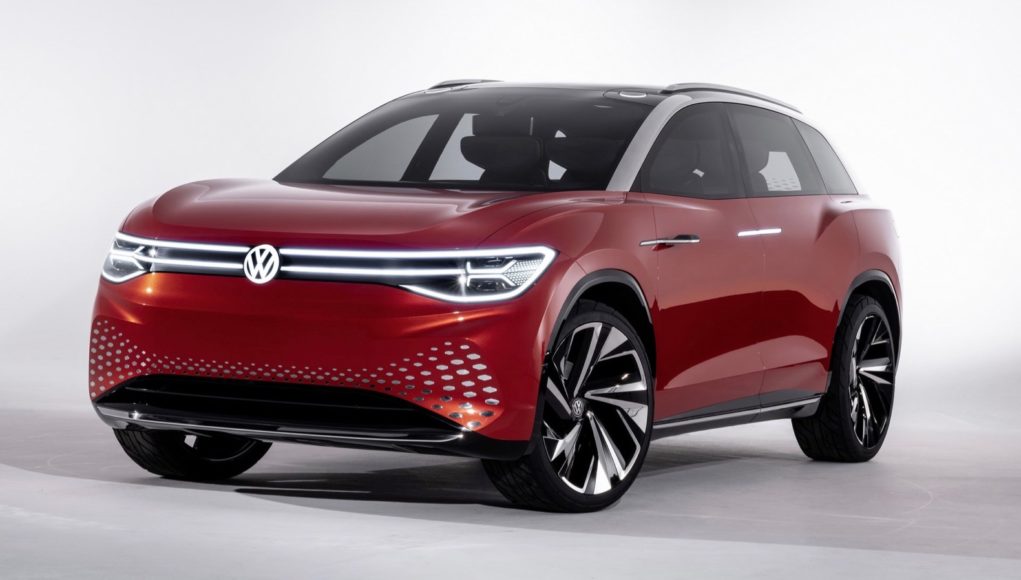 Volkswagen is giving us a preview of a future flagship electric SUV with the debut of its latest concept, the I.D. Roomzz. The all-electric VW I.D. Roomzz concept is debuting this week at the Shanghai Motor Show.

The I.D. Roomzz concept is based on the same modular electric drive matrix (MEB) platform as the I.D. Crozz concept, but it’s been stretched a bit to give it room for three rows of seats.

The I.D. Roomzz concept gets its motivation from two electric motors, one on each axle that gives it all-wheel drive capability. The electric motors generate a combined 302 horsepower and can accelerate the SUV from 0-62 mph in 6.6 seconds on its way to a 180 mph top speed.

The concept’s 82-kWh battery gives it a driving range up to 280 miles on Europe’s WLTP cycle.