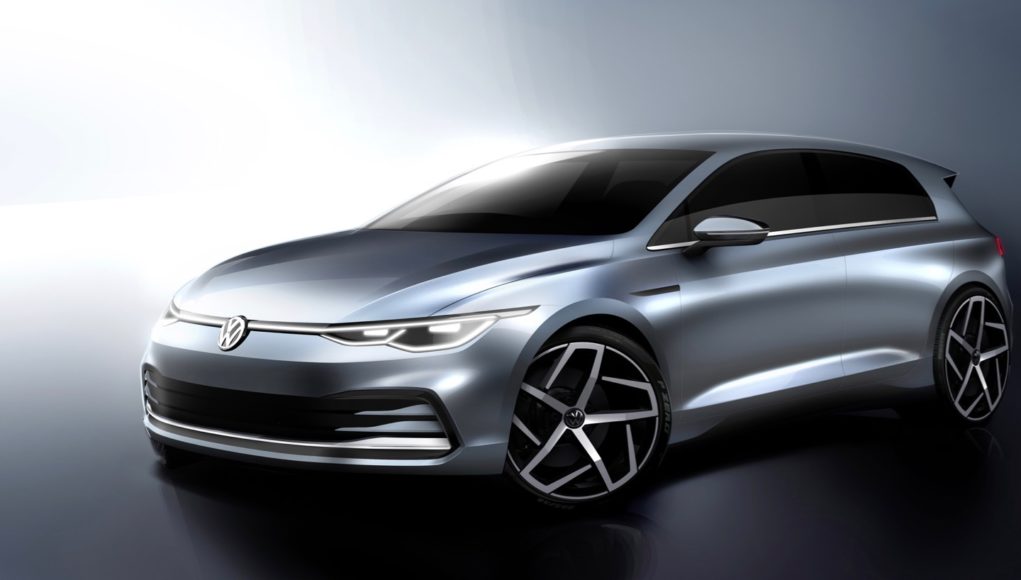 The 2020 Volkswagen Golf is almost ready for its debut, which will happen this month on October 24. To prepare us for the debut of the eighth-generation Golf, VW has released a few teaser photos.

We’ve seen several spy photos of the 2020 Golf, so what we see here isn’t too surprising. According to VW, the 2020 Golf’s exterior is “more dynamic,” but it retains the same shape that we’ve come to expect from the Golf. VW has also released two sketches that show the evolution of the Golf’s exterior and interior since its debut.

Inside the 2020 Golf will also feature more tech features than ever before. The 2020 Golf is slated to go on sale in Europe by the end of the year, but VW hasn’t confirmed when it will arrive in the US. It’s already been reported that the eighth-generation Golf will likely only be offered as the GTI and Golf R here in the US.