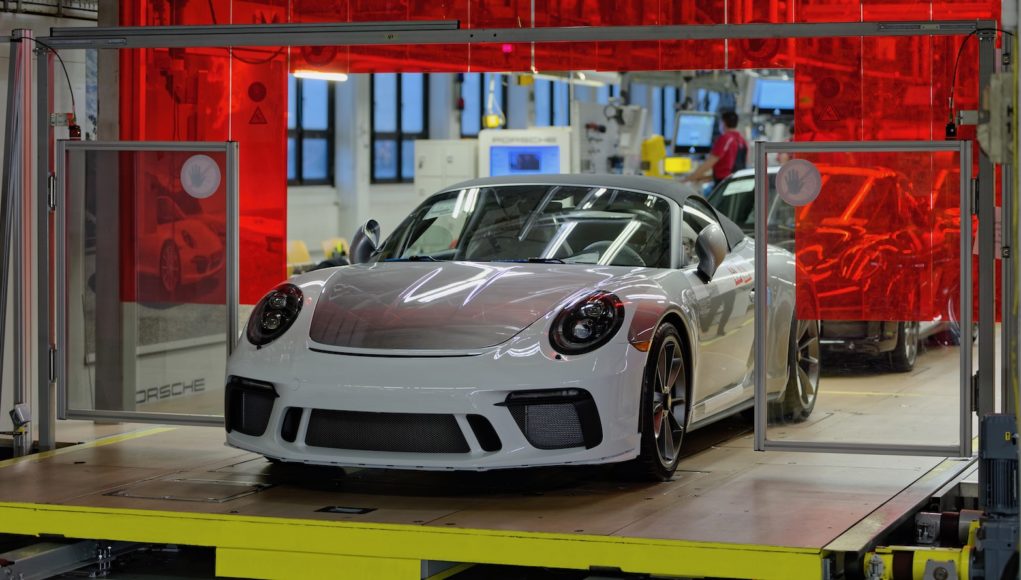 Although the new Porsche 911, which is known as the 992 is already on sale, Porsche has continued to build versions of the last generation 911, the 991, until now. Porsche has announced that the last 991 has rolled off the production line, which was a silver 911 Speedster.

“Porsche stands for both tradition and innovation. This is reflected nowhere more clearly than in the core of the brand – the 911,” stated Michael Steiner, Chief Research and Development Officer Porsche AG. “The 911 replaced the 356 in 1963 and, in the decades that followed, our rear engine model grew into an unrivaled sports car icon. The 991 generation in particular has set new standards in terms of performance, drivability and efficiency. It fills me with pride, as well as a touch of sadness, to have to send it off into retirement. For myself, I can say that the 991 has given me enormous pleasure.”