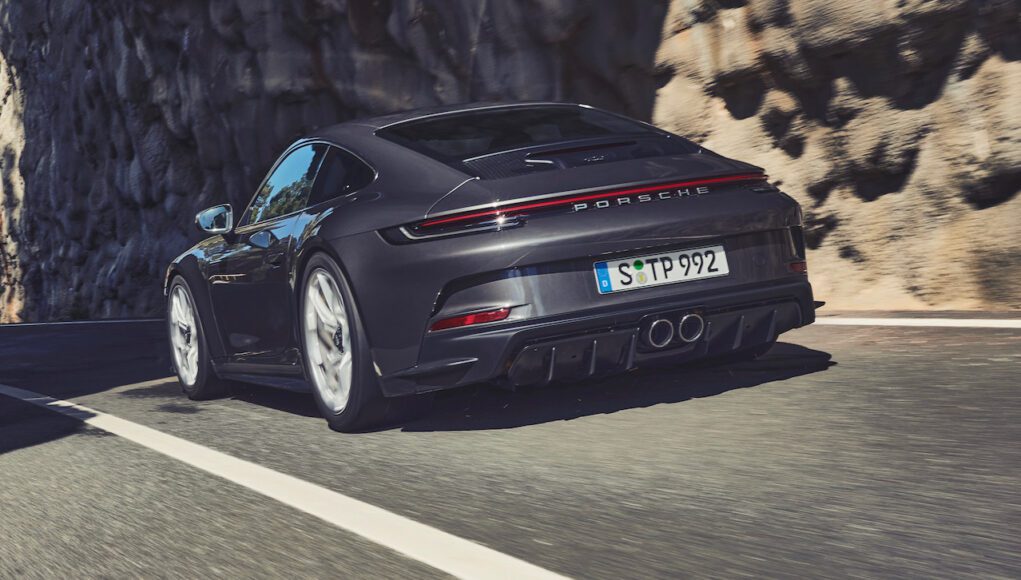 The Porsche 911 GT3 Touring is back. The wingless Touring is available again for the 992 GT3 for those that would rather do without the huge spoiler on the standard GT3.

That means that you get the same 4.0-liter naturally-aspirated flat-six with 502 horsepower and 346 pound-feet. Buyers can choose either the PDK eight-speed dual-clutch transmission, while a six-speed manual transmission. Unfortunately the manual is not available in California due to a crappy noise regulation in the state.

With the deletion of the rear spoiler, the rear decklid has also been redesigned with a small “GT3 Touring” badge. Inside there’s the black leather package and an exclusive perforated design on the dash.