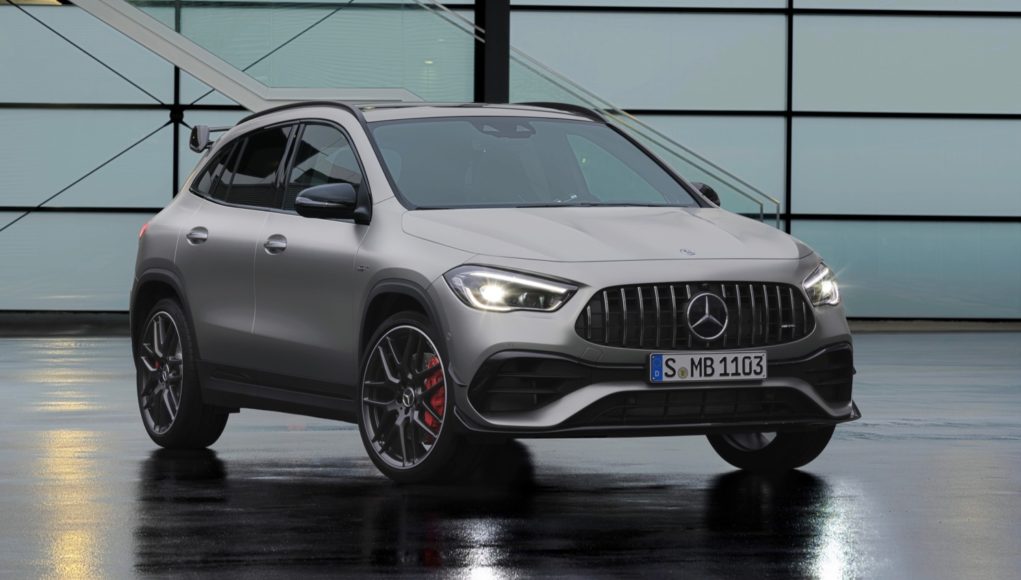 Mercedes-Benz has officially unveiled the second generation Mercedes-AMG GLA 45, which is powered by a turbocharged 2.0-liter four-cylinder engine that generates a nice 382 horsepower and 354 lb-ft. of torque.

With that much power on tap, the 2021 Mercedes-AMG GLA 45 is powered by “the world’s most powerful turbocharged four-cylinder manufactured for series production.” It only takes 4.3 seconds to reach 60 mph and the GLA 45 has an electronically limited top speed of 155 mph.

The four-cylinder is mated to an 8-speed AMG Speedshift DCT 8-speed dual-clutch transmission and all that power is sent to all four wheels via the standard 4Matic all-wheel drive system. There are six drive modes, Slippery, Comfort, Sport, Sport+, Individual, and Race.

Other upgrades include the AMG suspension with the adaptive damping system, which features three different suspension control modes.