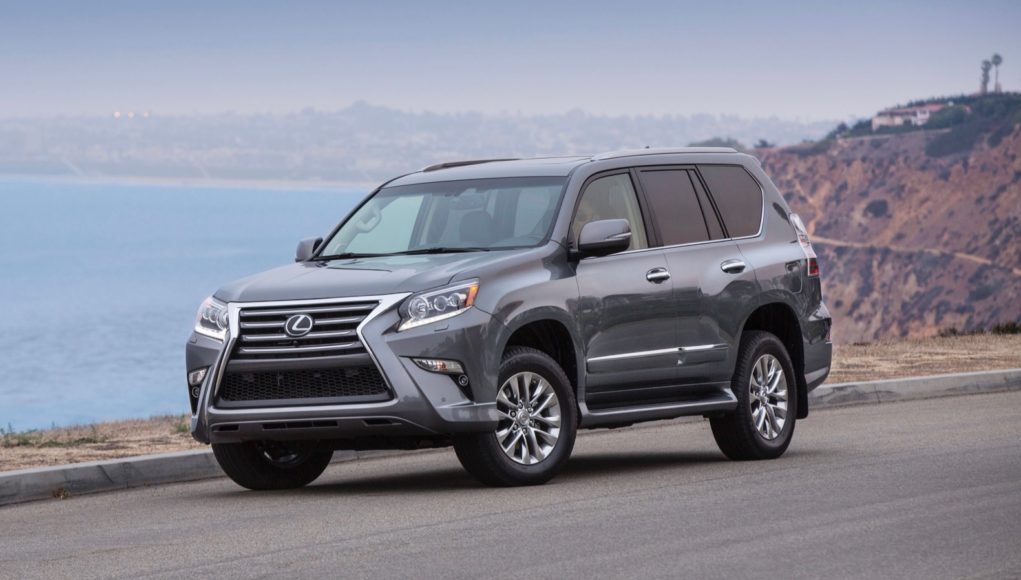 Today crossovers have taken over the roads, parking lots and buyer’s tastes, but what if you need something that’s a bit more capable off-road? There are a few options, like the iconic Jeep Wrangler, but then you give up the luxury feel that you’d get with a crossover. Well there’s hope, head on over to your local Lexus dealer and you’ll find two old school SUVs that tread the fine line between an off-road hungry SUV and a luxury crossover: the GX and LX.

You can check out our review of the flagship LX 570 here, so this time we’re checking out the slightly smaller GX 460 to see if it’s old school body-on-frame construction and luxurious interior can make us forget all about the popular crossover.

Many buyers may not know this, but the Lexus GX is based on the rugged Toyota Land Cruiser Prado, which is sold outside the US. Here in the US it also shares its platform with the Toyota 4Runner. Unlike the 4Runner, the GX 460 is powered by a 301-hp 4.6L V8 that’s mated to an old school six-speed automatic transmission. Since the GX 460 is designed to take on whatever you can throw at it, it comes standard with a tough four-wheel drive system with a low range. It’s also available with a crawl control system that makes it easier for you to navigate the unpaved roads.

The GX 460 may have what it takes to tackle the tough terrain, but there are some compromises once the dirt road ends. The strong V8 packs a nice punch that keeps the GX moving down the road without too much drama. The bigger issue is the GX 460’s light steering, which really doesn’t communicate much. Good luck trying to speed up a curvy road. Its suspension is also more truck-like than car-like. Luckily the suspension with its sold rear axle it’s not too punishing, but again it’s geared more towards comfort and off-road capability than a winding back country road.

Getting into the GX 460 takes a bit more effort than the brand’s popular RX crossover, but once you’re inside, the GX 460’s high seating position gives it a nice view of the road ahead. The interior doesn’t hide the GX 460’s truck-ish roots, but that doesn’t mean it’s not luxurious. The interior is covered in high quality materials and there’s a good amount of space for passengers in the first two rows. The third row is a bit small, so it’s best left for the kids or your shorter friends.

While the GX 460’s interior is comfortable and luxurious, it also feels a bit dated. The infotainment system is the brand’s last generation system, which actually is a good thing since its a touchscreen that does without the annoying mouse-pad like system in its newer models. Although the infotainment system is easier to use, it looks dated and doesn’t have the latest tech, like Apple CarPlay or Android Auto. The small digital screen in the gauge cluster also feels old.

The 2019 Lexus GX 460 is offered in three trim levels: Base, Premium and Luxury. The pricing starts at $53,530, including the destination fees.

The Lexus GX 460 represents an interesting entry in today’s luxury SUV segment, since it tries to find the middle ground between a true off-roader and a luxurious family SUV. Because of this there are some compromises, like a harsher ride and poor fuel economy. But if you need an SUV that you can take off-roading just as often as you visit the local grocery store, the GX 460 is your SUV.