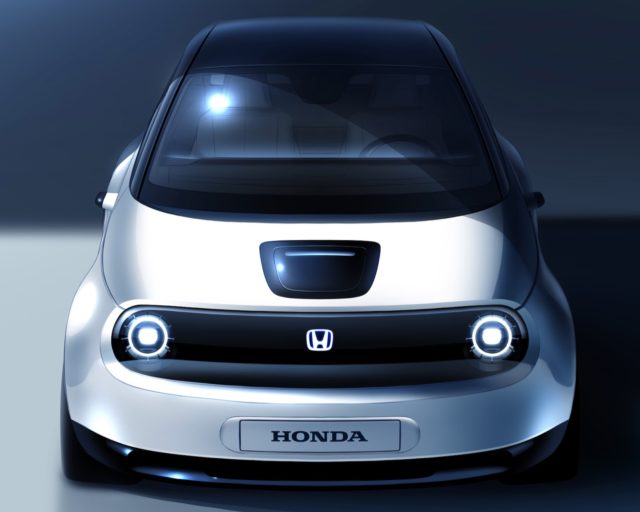 Honda has released a teaser of its first electric vehicle for Europe. The new EV will debut as a prototype at the 2019 Geneva Motor Show in March.

Honda already gave us a preview of the new electric car with the retro Urban EV concept that debuted at the 2017 Frankfurt Motor Show. As we can see here, the production version will retain some of the styling traits from the concept, including its round headlights.