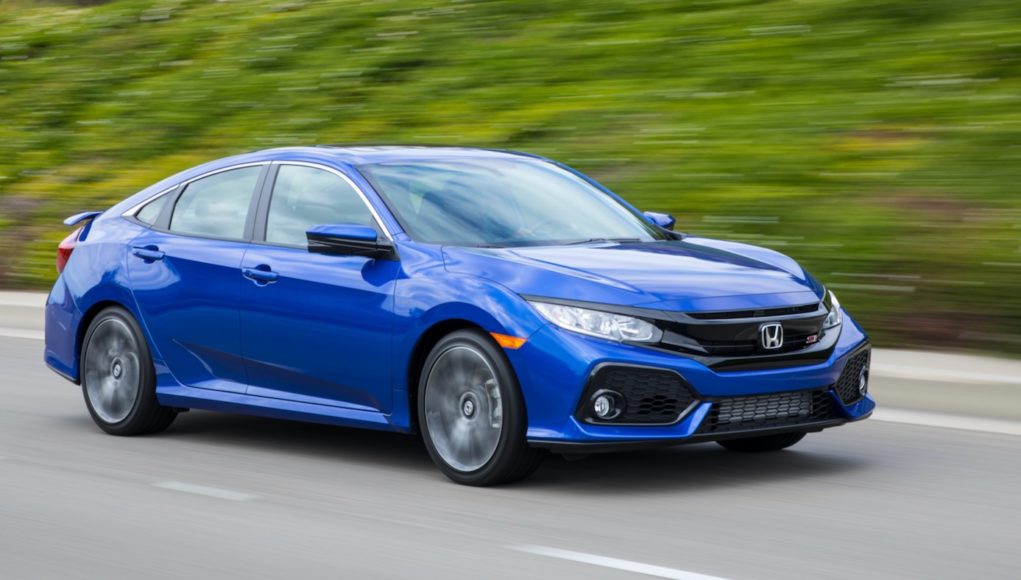 Looking for a performance bargain? Or maybe a commuter car that’s got a bit of spice under the hood? Well the Honda Civic Si is easily one of the best performance bargains available and not only is it easy on the wallet and practical, but it’s also a lot of fun.

The 2019 Civic Si continues to be offered in coupe and sedan body styles. We already love the Civic Si coupe, so this time we wanted to see if we could say the same about the more practical Civic Si sedan. The Civic Si sits in the middle of the Civic lineup for buyers that want something a bit sportier than the standard Civic, but not as hardcore as the much loved Civic Type R.

The Civic Si brings arrives with several upgrades over the standard Civic, including a turbocharged 1.5-liter four-cylinder engine with 205-hp, a sportier suspension and a limited slip differential. The Civic Si is also only available with a six-speed manual, which is great for drivers that want a more engaging driving experience, but is bad news for buyers that spend countless hours sitting in traffic each week.

The lack of an automatic transmission option, gives the improved Volkswagen Jetta GLI a leg up over the Civic Si since it’s available with a manual or a dual-clutch automatic.

On the road, the Civic Si is pure joy and it’s easily one of the best front-wheel drive cars you can buy, making it the perfect rival to the Volkswagen Golf GTI as well. The Civic Si never bores you with its engaging driving experience, thanks to its perfectly weighted steering, excellent six-speed manual and peppy four-cylinder engine.

With 205 horsepower and 192 lb-ft. of torque on tap, the Civic Si doesn’t pack as much power as the VW’s GLI and GTI models, but it can reach 60 mph in around six seconds, We do wish that it had a bit more power. But even with its modest power increase over the standard Civic, the Civic Si is a hoot to drive once the road opens up, thanks to its lowered suspension with adaptive dampers. Opt for the optional summer tires and you’ll enjoy the extra grip that they provide.

If you’re worried that the sportier suspension may hurt the overall comfort of the Civic Si, you have nothing to worry about. The Civic Si’s suspension never feels too harsh.

Even with this much fun, you don’t have to worry about spending too much at the pump. The Civic Si is rated at 26 mpg in the city and 36 mpg on the highway, which beats the Jetta GLI, which is rated at 25/32 mpg.

Inside the Civic SI sedan’s interior is just as practical as the standard Civic, with lots of space for five passengers. Your friends will likely fight for shotgun rights, since the front two seats are sportier. There’s also 14.7 cubic feet of cargo space in the trunk for all your gear.

For the 2019 model year there were two upgrades to the interior, larger cupholders and more importantly, a volume knob for the audio system. The infotainment system offers Apple CarPlay and Android Auto connectivity, but a navigation system isn’t an option. In regards to the available tech features, we could deal without the navigation system, but the fact that the Civic Si isn’t available with a traditional blind spot monitor, is a miss.

In its place the Civic Si features Honda’s LaneWatch system, which has a camera on the passenger side to project an image of what’s on your left side, on the Civic’s seven-inch touchscreen. The system isn’t as simple as a blind spot monitor and at night it’s hard to really see what’s going on, on the screen. Hyundai and  Kia have started offering a similar system, but we’d really just prefer a simple warning light.

You might also notice that we haven’t made any mentions about driver assistance features, like adaptive cruise control or automatic emergency braking. There’s a reason, the 2019 Civic Si doesn’t have any. Luckily the 2020 Civic Si does comes standard with the Honda Sensing safety suite, which includes adaptive cruise control, lane keeping assist and automatic emergency braking.

At the end of the day it’s hard to find many faults with the Civic Si sedan. Its chassis is geared for fun, making it one of the most fun compact sedans you can buy on a budget. There are a few items we hope that Honda would address, like the blind spot monitor and an available automatic transmission, but those are small issues that probably won’t matter for Civic Si fans. The best part is that you get all of this for $25k.