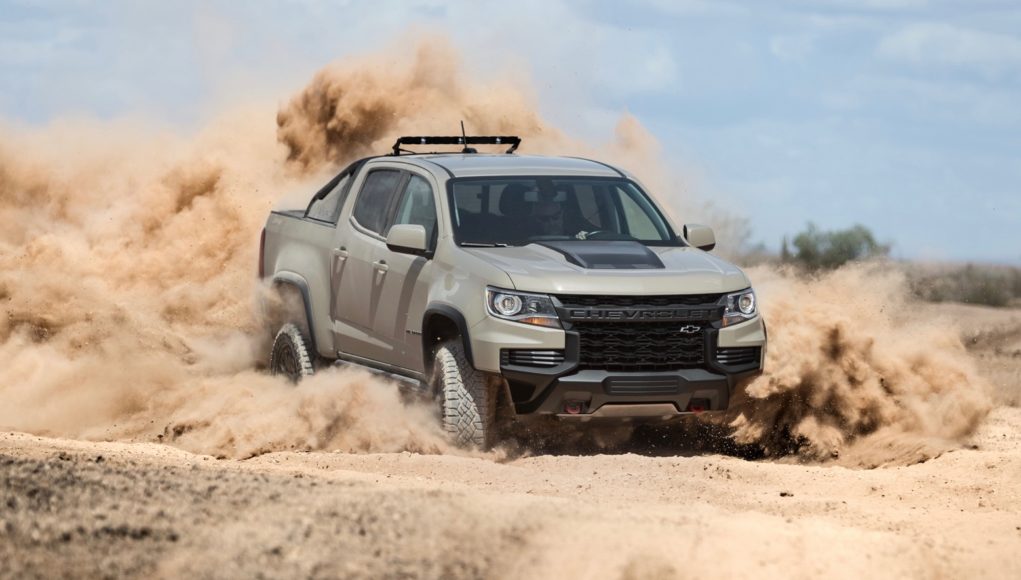 Chevy has sold 520,000 Colorado midsize pickups in the last five years, so to keep it competitive with rivals, like the Ford Ranger and Toyota Tacoma, Chevy is giving the 2021 Colorado some updates. They aren’t huge, but the updates do give the 2021 Colorado a slightly more aggressive exterior.

At the front there’s a new flow-through grille, which looks similar to the larger Silverado with Chevrolet spelled out. The rear also gets some styling updates, but the biggest change you’ll notice is the brand’s name is also fully spelled out across the tailgate.