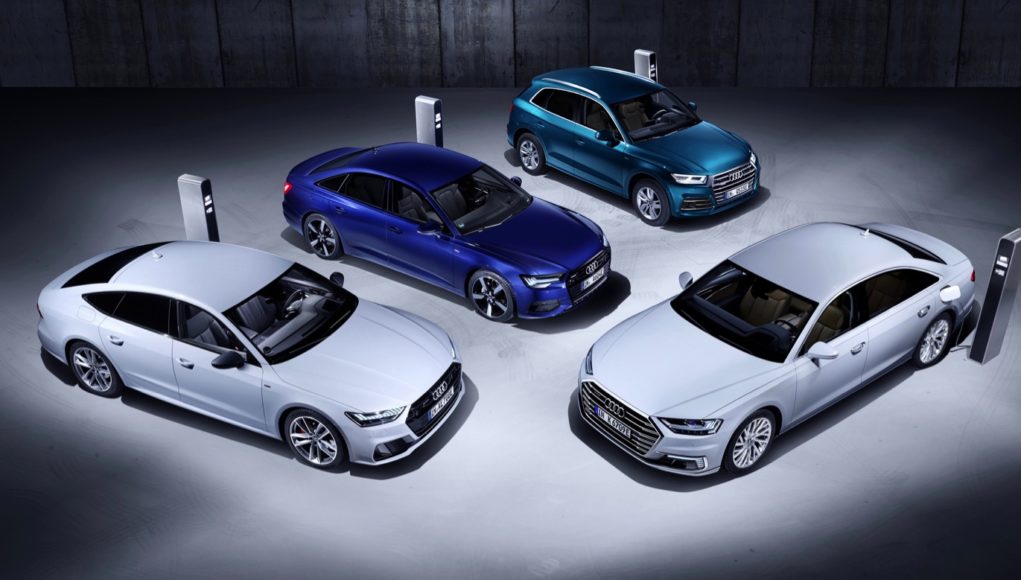 This week Audi unveiled the Q5, A7 and A8 plug-in hybrid models at the Geneva Motor Show and now Audi has confirmed that they will arrive in the US by the end of 2020.

Audi revealed to Car and Driver that its new plug-in hybrid models will arrive in the US within the next 18 months. Sadly the A6 plug-in hybrid isn’t coming to the US.

All three plug-in hybrid models are powered by a turbocharged engine that’s mated to an electric motor and an eight-speed automatic transmission. The 14.1 kWh lithium-ion battery pack gives them an electric driving range up to 25 miles on the European WLTP cycle, but the EPA rating in the US will likely be lower.