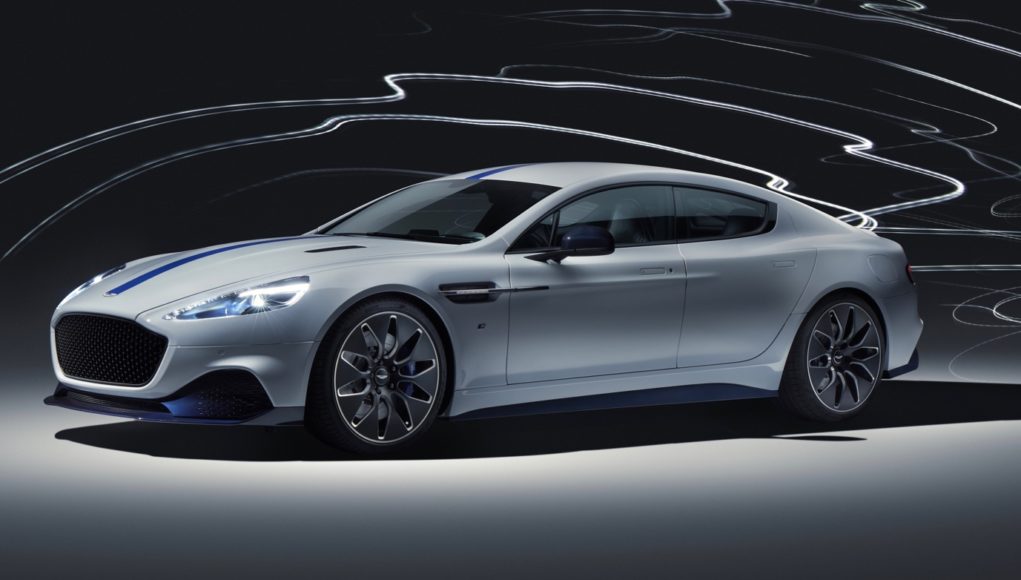 Aston Martin has taken the wraps off its first electric car, the Rapide E at the Shanghai Motor Show.

The Aston Martin Rapide E looks pretty close the V-12 powered sedan, but that large monster of an engine has been swapped out for two electric motors that power the rear wheels. The two electric motors generate a combined 601 horsepower and 701 lb-ft. of torque. An 800V battery pack takes the place of the V-12 under the hood.

On the outside the Rapide E looks a bit different thanks to new wheels, a rear diffuser and a slightly restyled front fascia. Inside the traditional instrument cluster has been replaced by a 10-inch digital display.

Don’t expect to see a lot of Rapide E electric cars driving around, since Aston Martin only plans to build 155 units.